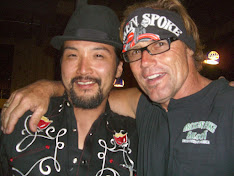 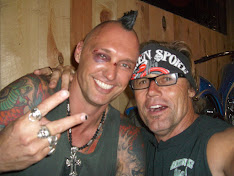 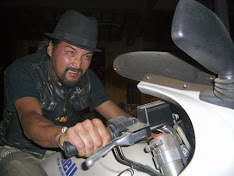 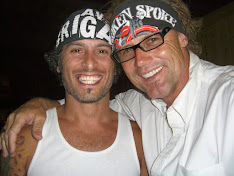 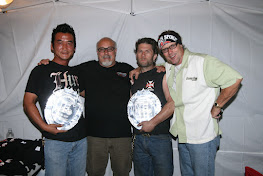 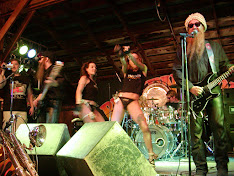 is in the books and what a HUGE success it was. 2,000+ attendees, 1500 saw the dirt track racing, largest amount of bikes in all the bike shows and the concerts..... WOW. Had to say goodbye to my good friends; organizer Mark Cresswell and MC/world record speed record holder Jay Allen. As he says, were are just parts of the puzzle that make it work. A little birdie has told me a little about next years event. You are not going to want to miss it. Trust Me!!!

Jay Allen knows how to organize a full scale rally production, having established a highly successful footprint with the Broken Spoke Saloon brand at the largest rallies in the country. He is available for consultation for existing rallies or as a full scale rally producer.  His relationships and connections in the motorcycle culture are rich and diverse.   Jay Allen’s innovative approach to each rallies individual environment, his attention to detail and supreme customer service is the foundation for his success in this area.

PHOENIX, Arizona Bike Week  April 2-6,  2014  From Friday until Tuesday you can find Jay at the Cave Creek Hideaway Grill in Cave Creek, AZ entertaining you alongside great music, games and events.  Join Jay Allen and Mike Bradshaw for the Gypsy Tour Bike Ride.  Jay will have with him the Armed Forces Tribute Bikes, five bikes representing each branch of the Armed Forces.  Built by icons in the motorcycle industry you wont want to miss these one of a kind bikes.

DAYTONA, Daytona Bike Week  March 7 -16, 2014 Daytona Bike Week the event that opens the motorcycle season.  Jay will be the Master of Ceremonies for the week at the legendary Boot Hill Saloon, the ultimate biker's hangout celebrating over 40 years of putting on the best parties in town.  March 15 join Jay as he puts on the S&S Circle of Honor recognizing and giving tribute to those who protect our freedoms and to those who give the ultimate sacrifice.

Stay tuned for more details for rallies at Sturgis, Galveston, Daytona and others.

GALVESTON, Texas Lone Star Rally October 31-November 2, 2013 Jay is the Master of Ceremonies at the biggest weekend rally in North America, 400,000 riders strong. Come view The Military Tribute Bikes which will be on display at the Pier during the rally. Five incredible motorcycles built by the best master builders representing each branch of the Military; Air Force Tribute Bike by Billy Lane, Navy Tribute Bike by Dar Holdsworth, Marine Tribute Bike by Brigette Bourget, Coast Guard Tribute Bike by Mike Thomas and Army Tribute Bike by Jay Allen. On Saturday, November 2, join Jay at the Main Stage for the S&S Circle of Honor to pay tribute to those who serve and sacrifice for our great country.

DAYTONA BEACH, Biketoberfest, October 17-20, 2013  Boot Hill Saloon celebrated it’s 40th anniversary with Jay  as the MC.  A great party, you're better off at the Boot Hill Saloon than across the street.

HOT SPRINGS, South Dakota.August 3, The Military Tribute Bikes were showcased at the “American Veterans Traveling  Tribute to all of those who made sacrifices by serving in the military, from 9/11, law enforcement, fire and other  emergency personnel..

OHIO BIKE WEEK, Sandusky, Ohio, June,  the fastest growing rally in the United States with Jay as the Master of Ceremonies.

The quest for speed and seizing new Land Speed records is always on Jay Allen's mind. This year was a stellar year going after 4 speed records at the Bonneville Flats, only 3 speed records this year as Mother Nature rained us out for the fourth. At SCTA – Speedweek, Jay set the record at the first event
A-PG–1272.414. The second record set by the hair of his chinny chin chin Jay narrowly, and we mean narrowly, won the A-PF 2000 by just 21000 of one mile per hour. Wow!  The third record was set at the Bub Motor Speed Trials 2000-M-PG Class 169.964

Huge thanks to S&S Cycle and Baker Drivetrain for helping Jay achieve his dream and to an awesome pit crew Robi and Brady, Jay could not have done it without them and much thanks to Jeff lange who built the motor. 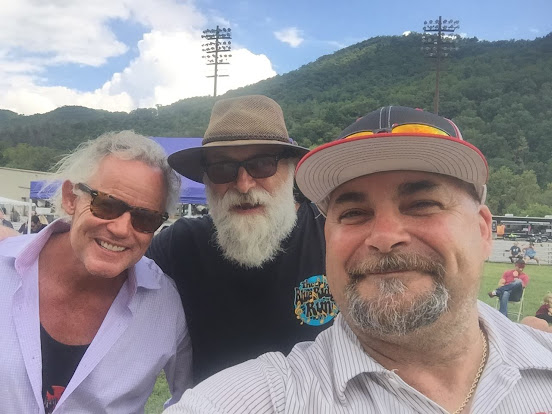